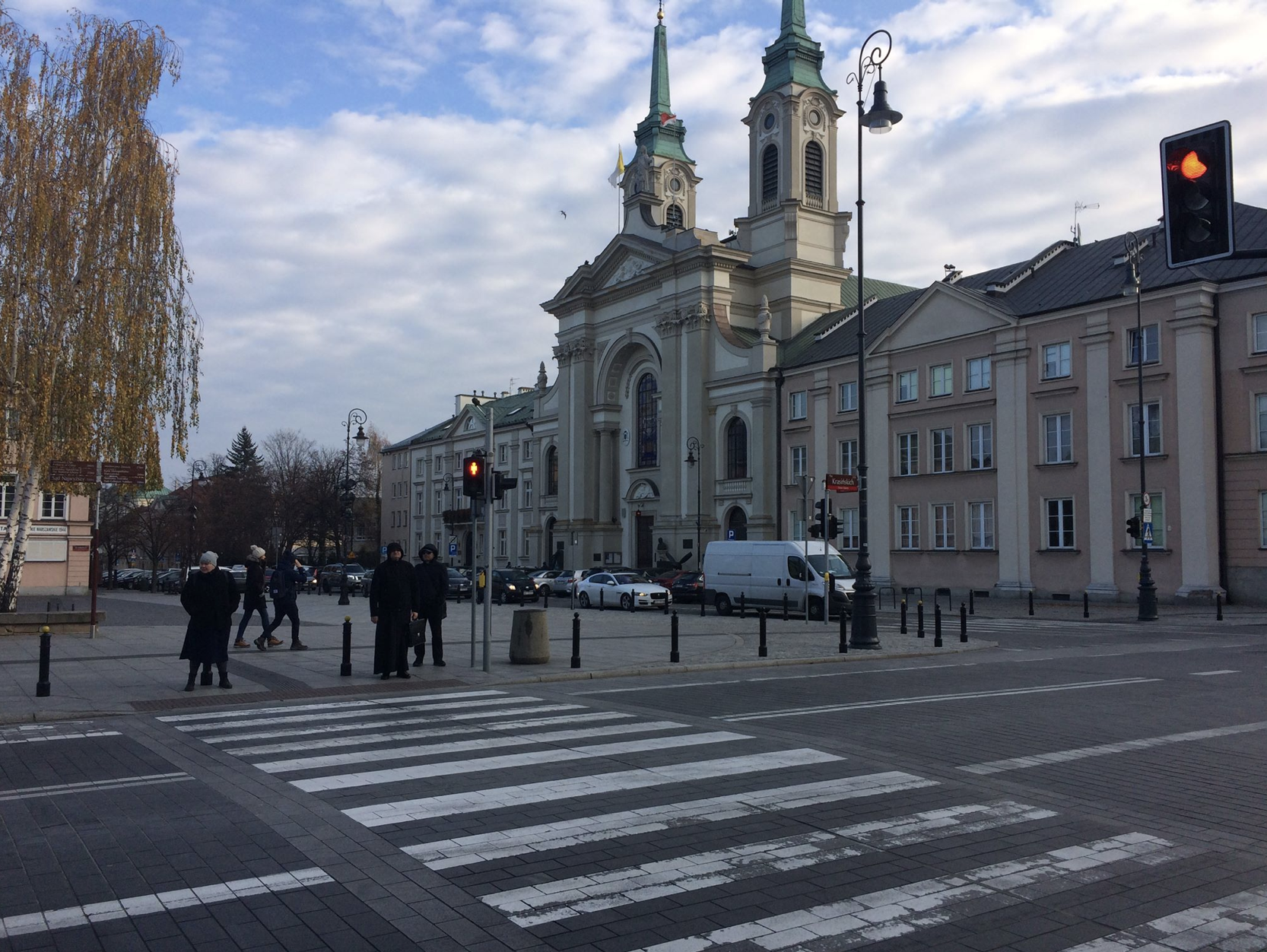 Thank you to LOT Polish Airlines for starting our weekend with lounge access at Heathrow Terminal 2 and the Premium Economy flight tickets to Warsaw, it’s only a 2 hour flight, but these little extra touches really do make a difference to the start of a trip!

You know how when you go on a summer holiday and one of the best bits is when the warmth hits you as you walk out of the terminal… it was kind of like that, but a bitter -7 degree wind instead of a balmy heat. While I wouldn’t recommend Warsaw in winter without a bobble hat and a thermal vest, it was a lovely and refreshing, crisp cold and their summers reach impressive mid 30 temperatures! We wasted no time and were straight off on venue viewings, my favourite of which was The Fortress, particularly when Marta, our lovely DMC from Mazurkas Travel showed us photos of how the traditional brick interior walls transform when lit properly. This venue finds the perfect balance between a rustic, authentic feel and luxury location oozing with class. It is flexible in its use and can be decorated to the specific needs of any client or event.

Our next stop was the Alchemist for some incredible nibbles and to make use of their beer and prosecco wall! Our cards had been loaded up and were ready for use on whatever drink we fancied. It was a really fun way of mixing up the experience of getting a drink in a bar, while maintaining the element of choice that can sometimes be lost when catering for larger groups.

For a group of adults on a business trip, we all got far too excited about the sweets on the check-in desk at our hotel, the Warsaw Radisson Collection, but it just goes to show that it’s the little touches that can be the most impactful! After a quick shower and time to get ready, we had a tour of the modern, newly renovated hotel with its 311 bedrooms, fitness facilities, restaurant and conference rooms. It is right in the heart of the city and boasts extremely competitive rates, especially when compared to hotels of a similar standard across other parts of Europe.

Our first dinner was at Stixx Bar and Grill which is a large and extremely trendy restaurant in the city centre and I’m really not sure how long it’s going to be before I get over the veggie Pad Thai I had for my main. It was SO good. It was a huge portion that seemed to take me ages to even make a dent in, but there was no way I was going to waste a single bite of it and it was well worth undoing the top button of my jeans for. The quality of the food was matched by the buzzing atmosphere throughout the whole restaurant. Prior to this trip, I was guilty of assuming Poland was all about history and quaint, traditional venues but this restaurant is proof that I couldn’t have been more wrong. We were all extremely tired after devouring so much food, but couldn’t resist visiting the secret, hidden bar for a cocktail that Marta had told us about. The venue was really quirky and felt really exclusive due to its small size and underground location and I would happily go back and have another ‘Theseus’ cocktail as it certainly went down a treat! However, please don’t ask me where it was or how to find it again because I have absolutely no idea…

On Saturday we had the absolute joy of wandering the streets of the Old Town. The sun was shining on the incredible architecture and we learnt about some of Warsaw’s turbulent political history. 85% of the city was destroyed in the second world war and what I found particularly fascinating is that when the city was re-built, it was done to replicate the buildings that had been destroyed. The Old Town is a unique collection of historic, traditional looking buildings that were all actually built in the mid-late 20th Century!

We had a great afternoon of vodka tasting at the Polish Vodka Museum, chocolate decorating at El Wedel’s Chocolate Emporium, visiting the top hotels in the city such as The Bristol and Raffles, and waddling around the city so full from our epic 8 course taster lunch at Warszawa Wschondia! It’s hard to believe we fitted everything into one day and it’s a credit to the excellent, well thought out programme created by Mazurkas Travel and the ease of transport around the city that made it possible!

Our final evening was at the traditional, fine dining restaurant Dom Polski. In complete contrast to Stixx Bar and Grill, this restaurant captures the essence of Traditional Poland in its menu and its décor. I particularly enjoyed the pumpkin soup starter and the uniqueness of the décor which is not something UK delegates can easily experience at home or in most other European destinations.

After dinner we headed to The View nightclub. As the name suggests, this venue boasts incredible, 360 degree views of the city. Most venues can be decorated to look fantastic, but it’s things like this that really make a venue stand out as special and are guaranteed to make an event memorable for guests.

Mittens and thermals at the ready, we spent Sunday morning exploring The Royal Lazienki Park and its venues. The park was gorgeous and apparently is even more impressive in spring/summer when there are an abundance of flowers out. With views of the park, the Belvedere restaurant is an absolute venue of dreams and one that I would be proud to show off to any client.

Somewhere in between exhausted and buzzed from the weekend, we headed back to the airport. It is impossible for me to include all the wonderful elements of these sorts of trips into one blog but I hope to have showcased Warsaw as the varied, luxurious, traditional, interesting, modern, surprising, affordable, exciting destination that it is, well equipped to handle incentive travel trips or large conferences. Thank you so much to everyone that made the weekend the incredible learning experience and fun that it was: