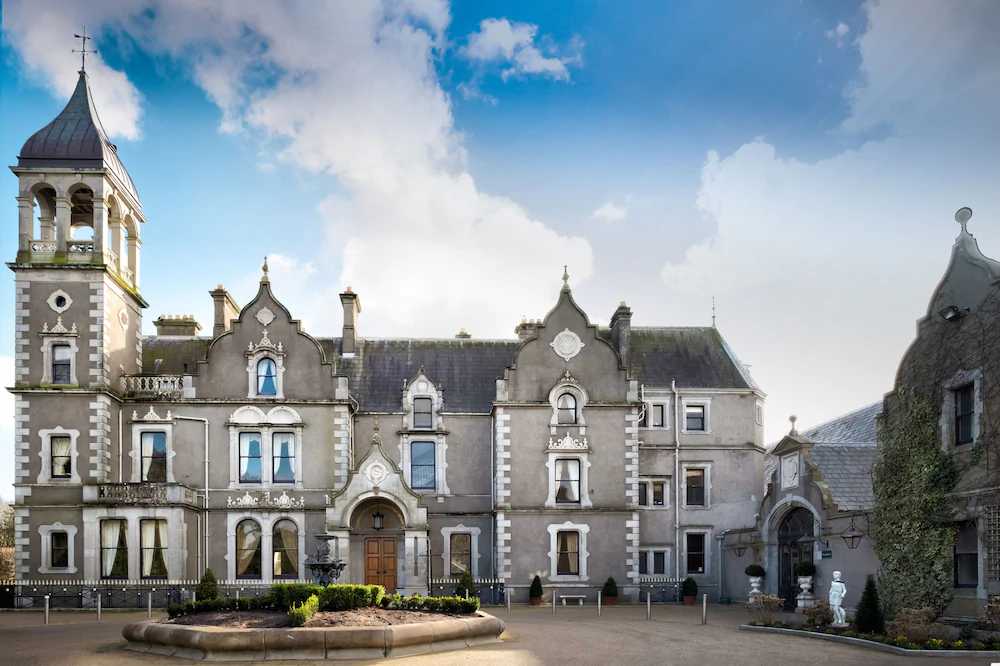 Thank you to Moulden Marketing, The Dublin Convention Bureau and Into Kildare for hosting this event.

After starting with coffee and fresh pastries, we were thrown into a rhythmic energiser from Orangeworks as a way to wake us all up and break the ice before the formal networking began. The bright green latex gloves that we had to wear are still a mystery to me, and look rather suspicious at the bottom of my handbag where I have left them, but it was certainly a fun way to start a Monday morning.

Buyers remained at our original tables while the various suppliers from hotels, to racecourses to teambuilders from the Dublin, and more specifically, Kildare area convey-a- belted around the tables each with a five minute slot to tell us about their venue or service. Collectively, they must have done a good job because I found myself watching P.s I Love You that evening! For me, highlights included the Irish National Stud and Orangeworks for excursion or incentive ideas and Kilashee House Hotel and Cliff at Lyons for 5* accommodation highlighting the best of what Kildare, and indeed Ireland, has to offer.

After this event, I was intrigued to do some extra research on Dublin which, aside from the prices you can expect to be charged there, seems like a great place for meetings and conferences. The Convention Centre Dublin’s state of the art facilities look second to none, and with city centre hotels like The Merrion, you are guaranteed to be the host of impressed guests. However, whether it is for a conference or for Incentive travel, my heart has been won by Kildare. Only a 30 minute journey from Dublin City Centre, it is more than feasible to arrange a trip into the city during your stay, however you would by no means run out of things to do should you not want your guests to have to travel that far.

I am lucky enough to currently work on event that is attended by very similar people each year and has been for about as long as I have been alive, which means that after the business sessions of the day are done, old friends come together and inevitably the party begins. I can just imagine them in a traditional Irish pub like the one on-site at Kilashee House Hotel, accompanied by an Irish band and Guinness’ that soon turn into whiskeys, having the sort of fun that turns into cherished memories.

Following the morning session and a traditional Irish lunch served by the lovely hospitality staff at Windsor Racecourse, we heard from a resident Tipster to prepare us for the start of the racing. Now, as somebody who definitely does not possess the luck of the Irish, my betting remained rather modest, but I managed to leave at the end of the day with a win under my belt and an extra £3 in my pocket! Can’t complain! It was an enjoyable and informative day, so please feel free to get in touch and test me on my new found Irish knowledge!